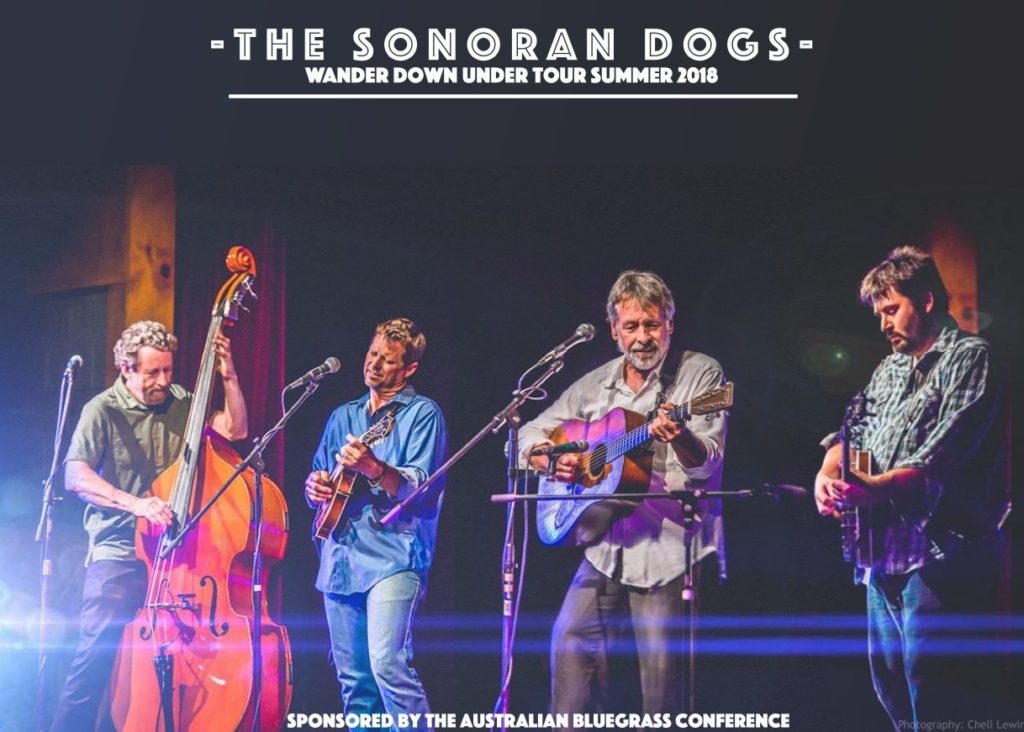 When they start picking, the Sonoran Dogs bluegrass band absolutely sizzle, and they are going to turn up the heat just for us at the Bunker as part of their New Zealand tour.

The Sonoran Dogs are genuine American bluegrass exports from Tucson and Phoenix Arizona. They’ve been a hit in bluegrass and folk circles all over the US Southwest states and Australia since 2011 when the seasoned veterans and champion pickers brought the band together.

At this show you will be treated to traditional and contemporary music, and it’s not just bluegrass – they may stray into original songs, improvisation, folk, Americana, Celtic, or newgrass, played with special flair and expertise that only comes from rare talent and a tightly packed calendar.

Don’t miss the two full-on sets of this amazing show, and the honest truth is you don’t even have to be a hard core bluegrass fan to enjoy it – they are that good.

Book your seats on line at Under the Radar $25 +BF

By the way, there is nothing menacing about a Sonoran Dog, it is a hot dog originating in Hermosillo, the capital of the Mexican state of Sonora, in the late 1980s and now hugely popular in Tucson and Phoenix probably thanks to the extra bacon, the bolillo bun, pinto beans, onions tomatoes and jalapeno salsa.